Gaza, Ban Ki-moon.... and the only things left to Palestinian People: their shoes 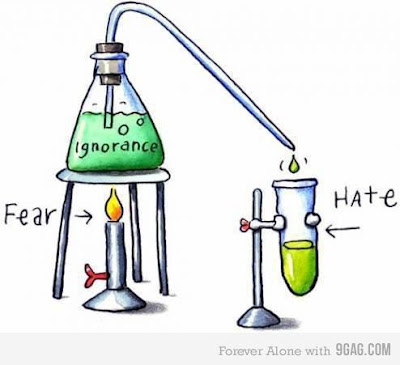 Ban Ki-moon was welcomed in a very special way at the border of Gaza, where dozens of Palestinian families of prisoners and victims of the Israeli genocide and war crimes who lost their loved ones, among them children and members of their families during the continued Israeli invasions on Gaza. Also present were a number of Palestinians deported to Gaza by the Israeli occupation from Bethlehem and the West Bank. They all blocked the passage for the convoy of Ki-moon and hurled shoes, sticks, stones, chairs at him as an expression of their anger for the visit and his refusal to meet with them and listen to their humanitarian problems, in the same way as met during a previous visit to Israel with family of war criminal Gilad Shalit.

According to the Palestinian protesters: "eggs and tomatoes are very expensive in Gaza, therefore we were not able to buy them to throw them at the convoy of the Secretary General of the United Nations Ban ki-Moon. The protesters only had their shoes and other things to throw. After they threw their shoes, they collected them and put them on". They said "Sorry Mr. Ban Ki-moon, the economic situation in Gaza under the blockade is very much deteriorated, and eggs and tomatoes are not available".

Abdullah Kandil, the spokesperson of the of prisoners families, stated that "the Palestinians sit-in blocked the convoy of Ban Ki-moon for some time in protest against the immoral and inhumane position of Secretary General Ban Ki-moon, who refused to meet with the families of prisoners languishing in the jails of the Israeli occupation."

The Palestinian protesters raised the pictures of a number of prisoners, especially the Palestinian leadership of the "Fatah", among them Marwan Barghouti and Palestinian Legislative Council Speaker Aziz Dweik, who were kidnapped by the Israeli occupation.

Ismail Ibrahim al-Thawabta, Palestinian journalist from Gaza, forwarded me an Arabic letter titled: "بان كي مون لا أهلا ولا سهلا", what means in English "Ban Ki-moon you are not welcome in Gaza", where he expresses his deep anger and concern about the double standards policy of the UN Secretary General . He wrote: "We can not understand what kind of irresponsible policy Ban Ki-moon works by, and why previously he sat with the family of the Israeli prisoner Gilad Shalit who was captured while he was carrying a rifle to hunt the Palestinian children in the Gaza refugees camps. Ki-moon expressed his deep hope for the release of Shalit, while he ignores over 6.500 Palestinian prisoners at Israeli jails, among them hundreds of children and the sick people?!"

He added: "The United Nations policy of marginalization towards the Palestinian prisoners and detainees at the Israeli prisons, where they are denied the most minimal humanitarian rights, visits, medical treatment, where they are routinely tortured, does not express a sincere, logical and humanitarian policy of the UN, but it clearly serves the dictator criminal regime of the Israeli occupation, the israeli executioners, at the expense of prisoners and Palestinian refugees".

Mr. Thawabta continued: "The clear message which must be understood by Ban Ki-moon is that he should be ashamed of his blood, that he is called to respect his age and position as UN Secretary General, and that therefore he has to stop selling out to inhuman political decisions against Palestinians in the favour of Israel. It is quite simply, the thousands of prisoners and their grieving families are human beings, and it is time to stop the policy of double standards of the UN and to look at the facts with impartiality, with respect and according to the International laws and treaties which deal with the Israeli occupation".